The circuit hosted the final round of the World Superbike Championship on 2 November 2008. On 9 June, the track was confirmed to host a round of the 2008-09 A1 Grand Prix season. The race was set for the weekend of 12 April 2009. On 10 October 2008, the Le Mans Series announced a 1000 km night race to be held at Algarve on 2 August 2009. On 5 November 2008, the FIA GT Championship announced and 7th round of the 2009 season will be held at Algarve on 13 September 2009. A Formula One test session, with the McLaren and Honda teams participating, was scheduled for 15–17 December 2008. Ferrari also ran at Algarve. Toyota also tested at the circuit on 20 January 2009 in the first outing of their new TF109 chassis. The circuit will also host the final round of the 2009 GP2 Series season in September 2009. From 2010 it will host a round of the FIA World Touring Car Championship.

On April 4, 2009 Max Mosley stated that based on the quality of the circuit it could integrate the Formula One championship under the guise of the Portuguese Grand Prix, as long as a commercial agreement with the Formula One Management is achieved.

It has been confirmed that one of the corners of the circuit was named after former World Supersport rider Craig Jones who was killed in a motorcycle crash at Brands Hatch in 2008. 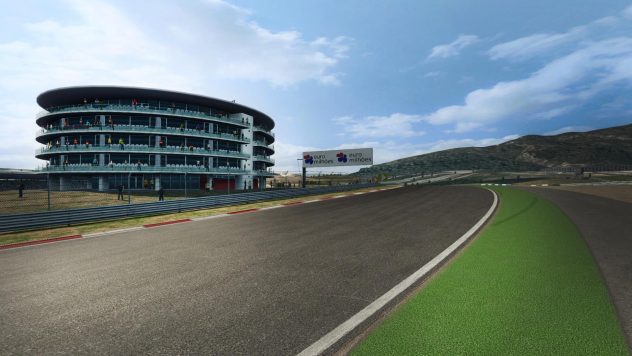