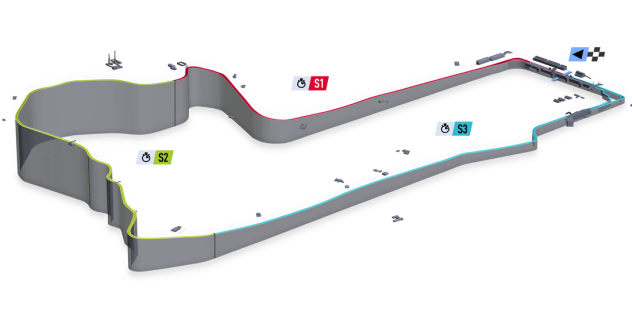 Mount Panorama Circuit is a motor racing track located in Bathurst, New South Wales, Australia. It is situated on a hill with the dual official names of Mount Panorama and Wahluu and is best known as the home of the Bathurst 1000 motor race held each October, and the Bathurst 12 Hour event held each February. The 6.213 km (4 mi) long track is technically a street circuit, and is a public road, with normal speed restrictions, when no racing events are being run, and there are many residences which can only be accessed from the circuit.

The track is an unusual design by modern standards, with a 174-metre (571 ft) vertical difference between its highest and lowest points, and grades as steep as 1:6.13. From the start-finish line, the track can be viewed in three sections; the short pit straight and then a tight left turn into the long, steep Mountain straight; the tight, narrow section across the top of the mountain itself; and then the long, downhill section of Conrod Straight, with the very fast Chase and the turn back onto pit straight to complete the lap.

Historically, the racetrack has been used for a wide variety of racing categories, including everything from open-wheel racers to motorcycles. However, the factors that make the track so unusual, and tighter modern safety standards, make it unlikely that major race meetings in these categories will be held there again, and as such it has become the near-exclusive province of closed-bodied cars.

As a public road, on non-race days and when it is not closed off during the day as part of a racing event, Mount Panorama is open to the public. Cars can drive in both directions around the circuit for no charge.

It also has the fastest corner in touring car racing, the kink at the entrance to the Chase. French sportscar driver Alexandre Prémat, who later raced as a V8 Supercar regular, once described the circuit as “A mix of the (Nürburgring) Nordschleife, Petit Le Mans (Road Atlanta) and Laguna Seca”. German driver Maro Engel described the circuit as the “Blue Hell”, as a play on the Nürburgring’s nickname “Green Hell”. 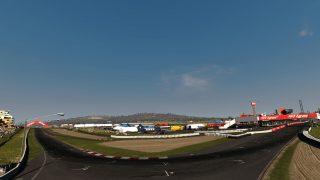