Until 2013 the track was known only as the Circuit de Catalunya, before a sponsorship deal with Barcelona City Council added Barcelona to the track’s title.

When first used, overtaking was frequent as cars could follow closely through the last two corners and slipstream down the long straight. As aerodynamic balance became more critical, this overtaking method drastically decreased as the cars were unable to follow each other through the fast final corner due to turbulence created by the leading car. The 2007 season saw the first of the two final sweepers replaced with a slow chicane in an effort to improve overtaking.

The Circuit de Barcelona-Catalunya has hosted a motorcycle Grand Prix since 1992, originally the European motorcycle Grand Prix from 1992 and later the Catalan motorcycle Grand Prix since 1996. There are at least five points on the track (turns 1, 2, 4, 10, 14) where riders are known to overtake. As in Formula 1, Turn 1 is arguably the most popular place for overtaking. The circuit is not known to produce copious amounts of overtaking, despite the long straights. Originally, the Formula 1 circuit changes were not instituted for MotoGP; however, after a fatal crash in the 2016 MotoGP round involving a Moto2 rider, the Formula 1 layout was implemented to slow down riders for safety purposes. The FIM made a further change to the chicane for 2017 by moving up the chicane to prevent riders from cutting the pit lane entrance, but that was abandoned because the motorcycle chicane had a surface change that created more safety issues with the transition. Further changes were made to the circuit in December 2017 as grandstands were removed to add additional runoff that allowed the FIM to eliminate that chicane (although the Turn 10 hairpin was kept). 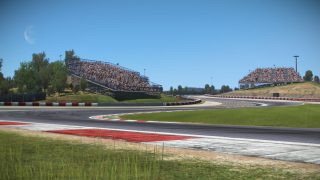