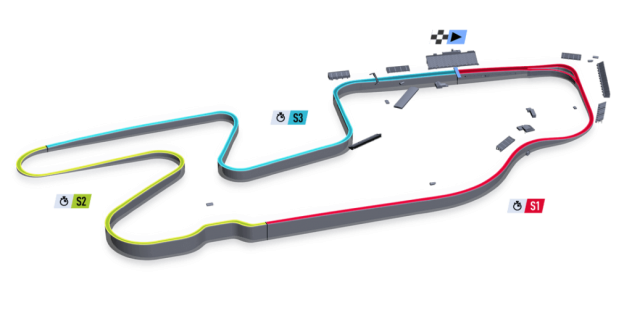 Watkins Glen International, nicknamed “The Glen“, is an automobile race track located in Watkins Glen, New York, at the southern tip of Seneca Lake. It was long known around the world as the home of the Formula One United States Grand Prix, which it hosted for twenty consecutive years (1961–1980), but the site has been home to road racing of nearly every class, including the World Sportscar Championship, Trans-Am, Can-Am, Monster Energy NASCAR Cup Series, the International Motor Sports Association and the IndyCar Series. Initially, public roads in the village were used for the race course. In 1956 a permanent circuit for the race was built. In 1968 the race was extended to six hours, becoming the 6 Hours of Watkins Glen. The circuit’s current layout has more or less been the same since 1971, although a chicane was installed at the uphill Esses in 1975 to slow cars through these corners, where there was a fatality during practice at the 1973 United States Grand Prix. The chicane was removed in 1985, but another chicane called the “Inner Loop” was installed in 1992 after a fatal accident during the previous year’s NASCAR Winston Cup event. The circuit is known as the Mecca of North American road racing and is a very popular venue among fans and drivers. The facility is currently owned by International Speedway Corporation. The circuit also has been the site of music concerts: the 1973 Summer Jam, featuring The Allman Brothers Band, the Grateful Deadand The Band and attended by 600,000 fans, and two Phish festivals: Super Ball IX in 2011 and Magnaball in 2015.

The first races in Watkins Glen were initiated by Cameron Argetsinger, whose family had a summer home in the area. With Chamber of commerce approval and SCCA sanction, the first Watkins Glen Grand Prix took place in 1948 on a 6.6-mile (10.6 km) course over local public roads. For the first few years, the races passed through the heart of the town with spectators lining the sidewalks, but after a car driven by Fred Wacker left the road in the 1952 race, killing seven-year-old Frank Fazzari and injuring several others, the race was moved to a new location on a wooded hilltop southwest of town. The original 6.6-mile (10.6 km) course is listed in the New York State register and National Register of Historic Places as the Watkins Glen Grand Prix Course, 1948-1952. The second layout 4.6-mile (7.4 km) began use in 1953 and also used existing roads. The Watkins Glen Grand Prix Corporation was formed to manage spectators, parking, and concessions. This arrangement lasted three years. The most significant change to the track had not been completed for the 1971 Six Hours, but was finished in time for the Formula One race that autumn. The start-finish line was relocated to the new pit straight as planned. The new segment known as “The Boot” was completed in time for the race. At the end of the backstretch, after the Loop-Chute, cars swept left into a new four-turn complex that departed from the old layout, curling left-hand downhill through the woods. The track followed the edge of the hillside to two consecutive uphill right-hand turns, over an exciting blind crest into a right-hand turn, down and up into a left-hand turn re-joining the old track. Its unique foot-like shape gave it the nickname the “Boot.” The new layout including the “Boot” measured 3.377 miles (5.435 km). With its intrinsic link to the Formula One race, it became known colloquially as the Grand Prix Circuit. For 1972, the Six Hours sports car race also began utilizing the full “Boot” layout. By that time, nearly all facility improvements were completed, and the pits and start/finish line were permanently relocated to the new pit straight. In 1975, a fast right-left chicane was added in the turn 3-4 Esses section (called the “Scheckter Chicane”) to slow speeds through the series of corners. This chicane was eliminated in the 1980s. In the early 1990s, the IMSA sports cars began bypassing the “Boot” in favor of the short course. To date, NASCAR events have never used the Boot layout. The “Long/Boot” course was slightly lengthened in 1992 (see “Inner Loop” below). In the mid-2000s, the Boot segment, which had seen little use in many years, was repaved and upgraded. When the IndyCar Series returned to Watkins Glen starting in 2005, they elected to utilize the Boot segment. A full repaving of the course took place in 2015, and in recent years, there has been a renewed interest and appreciation of the full Grand Prix Course layout. Consideration had even been made for NASCAR to start using the Boot. 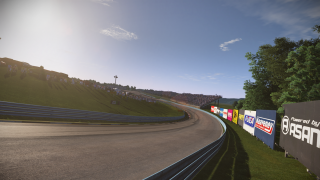