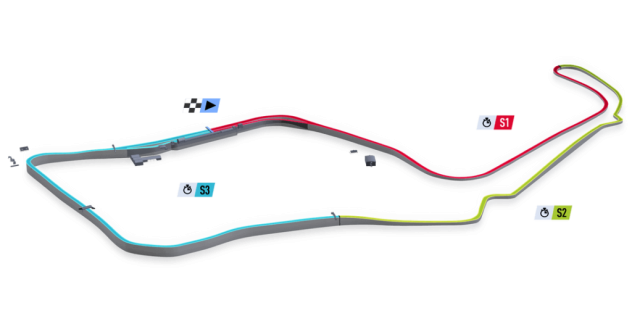 Oulton Park Circuit is a motor racing track in the village of Little Budworth, Cheshire, England. It is about 5 miles (8 km) from Winsford, 13 miles (21 km) from Chester city centre, 8 miles (13 km) from Northwich and 17 miles (27 km) from Warrington with a nearby rail connection along the Mid-Cheshire Line. It occupies much of the area which was previously known as the Oulton Estate. The track is set in the grounds of Oulton Hall, which were used as an army staging camp by General Patton prior to the Normandy landings. At this time the famous boxer Joe Louis gave exhibition bouts at Oulton Park in the vicinity of the Deer Leap section of the circuit. The venue is owned and operated by Jonathan Palmer’s MotorSport Vision organisation.

In the early 18th century the Oulton Estate comprised a manor house and a formal garden surrounded by Cheshire farmland. By the end of the century this farmland was converted into a park, which now is the site of Oulton Park. Some buildings that were part of the estate still exist; the entrance gates, lodges and screen designed by Joseph Turner.

By the early 1950s England had a goodly number of motor racing tracks but the northwest was not well served. The members of the Mid-Cheshire Car Club took it on themselves to rectify the situation. The circuit they developed was on the estate of the Grey-Egerton family. With Sir Philip Gray-Egerton’s permission, a circuit was mapped out starting early in 1953 and by August the new track was in existence, measuring 1.504 miles, almost rectangular in shape.

There was a new look to the Cheshire circuit for the 1961 season, the pits being rebuilt into a two-storey affair with a concrete wall to protect the pit crews when working on their charges. The Oulton Park Trophy was a televised event for GT cars which was won by Mike Parkes in the Maranello Concessionaires Ferrari 250GT from Graham Hill in a Jaguar E-Type and Tony Maggs in an Aston Martin DB4GT; Innes Ireland fought his way to fourth in another 250GT after a poor start, setting a new lap record on the way.

Oulton Park was bought by Grovewood Securities in 1964, to increase the Company’s motor sport portfolio, and later in the year Grovewood also acquired the freehold, thereby ending nearly 500 years of ownership by the Egerton family. Grovewood’s takeover coincided with the increase in required safety measures. Being set in parkland, Oulton Park was more difficult and more expensive to bring up to standard than other circuits but the decision was made that it was to be motor sport first, and parkland second.

2 April 1966, saw prospective spectators at the British Automobile Racing Club’s Oulton Park 200 being turned away, as the circuit was covered in snow. Good Friday 1969 saw the birth of Formula 5000 in Europe: Peter Gethin had a runaway win driving the Church Farm Racing McLaren-Chevrolet M10A.

Good Friday 1971 saw Formula One return to the Cheshire circuit to contest the Rothmans Trophy. Victory went to the diminutive Mexican Pedro Rodríguez driving a Yardley BRM P160; he set a new highest race average speed at 115.13 mph. The fastest lap was shared with Peter Gethin driving a McLaren M10A (who had harried Rodríguez throughout the race) in 1min 25sec at 116.93 mph

At the close of the 2000 season the outright lap record on the International circuit stood to the credit of Gareth Rees, driving a Super Nova Formula 3000 Reynard 95D in the British Formula Two Championship on 6 July 1996. He circulated in 1min 24.68secs, at a speed of 117.91 mph. The outright lap record on the Fosters circuit was held by Luca Riccitelli in a Formula 3000 car in 50.09secs (119.30 mph).

Oulton Park remains an extremely popular venue having been brought up to modern standards following the circuit’s acquisition by MotorSport Vision (MSV). After many years of decay, Oulton was given new life when it, along with Brands Hatch, Snetterton and Cadwell Park, was purchased by the group in January 2004. 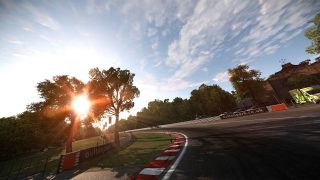