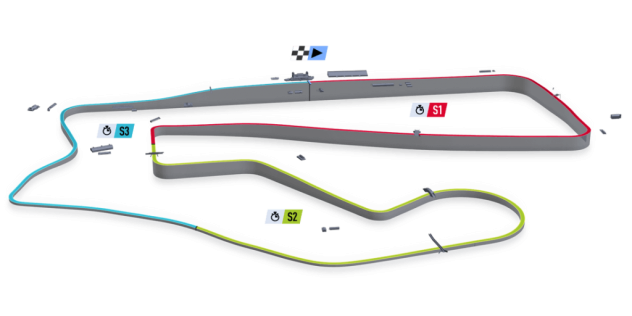 Road America is one of only a handful of road circuits in the world maintaining its original configuration being 4.048 miles (6.515 km) in length and 14 turns. The track features many elevation changes, along with a long front stretch where speeds approaching 200 mph (320 km/h) may be reached. One of the best known features of this course is a turn on the backside known as “the kink.”

Road America’s open seating allows spectators to venture throughout the grounds. Grandstands are available in several locations, as well as permanent hillside seating where crowds of more than 150,000 can be accommodated.

In the late 1940s, road racing was gaining popularity, owing to the post World War II economy, and the influx of sporting automobiles. The Sports Car Club of America was the main organizer of these races, and in 1950, the Chicago Region SCCA and the Village of Elkhart Lake organized the first road race at Elkhart Lake.

The 1950 circuit start-finish line was on County Road P. Competitors went north to County Road J, then South into the Village of Elkhart Lake, and West on what is now County JP (then called County Highway X), and reconnected with County Road P for a total distance of 3.3 miles (5.3 km).

The original course was registered on the National Register of Historic Places on February 17, 2006. Signs have been installed marking key locations on the course. 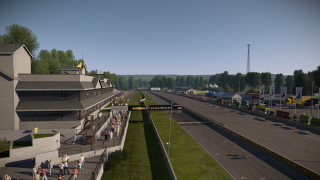