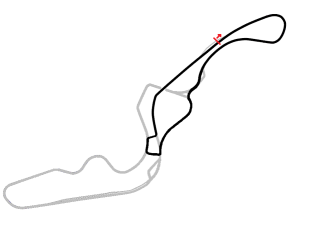 The Suzuka International Racing Course is a motorsport race track located in Ino, Suzuka City, Mie Prefecture, Japan and operated by Mobilityland Corporation, a subsidiary of Honda Motor Co, Ltd. It has a capacity of 155,000.

Designed as a Honda test track in 1962 by Dutchman John “Hans” Hugenholtz, Suzuka is one of few circuits in the world to have a “figure eight” layout, with the 1.2 km back straight passing over the front section by means of an overpass.

The circuit has been modified four times:

In 1983 a chicane was put at the last curve to slow the cars into the pit straight and the Degner curve was made into two corners instead of one long curve; the circuit was also made considerably safer by adding more crash barriers, more run-off areas and removing straw bales leading into vegetation;

In 2002, the chicane was slightly modified, 130R (marked as 15 on the diagram) was also modified and some of the snake curves were made a bit straighter and faster;

The circuit can be used in five configurations; the car full circuit, the motorcycle full circuit, the “Suzuka east,” “Suzuka west car,” and “Suzuka west motorcycle” configurations. The “east” portion of the course consists of the pit straight to the first half of the Dunlop curve (turn seven), before leading back to the pit straight via a tight right-hander. The “west” course is made up of the other part of the full circuit, including the crossover bridge; the straight leading to the overpass is used for the start/finish line and the grid. The chicane between the hairpin and 200R separates the west and full course sections between cars and motorcycles.

The Degner curve was named in honour of Ernst Degner after he crashed his factory Suzuki 50 there during Suzuka’s inaugural All Japan Championship Road Race meeting on 3 November 1962.

Suzuka, openly touted by F1 drivers and fans as one of the most enjoyed, is also one of the oldest remaining tracks of the Formula One World Championship, and so has a long history of races as venue of the Japanese Grand Prix. Its traditional role as one of the last Grands Prix of the season means numerous world championships have been decided at the track.

Suzuka also hosts other motorsport events including the Suzuka 1000 km endurance race. Previously a part of multiple GT racing series including the now defunct group C class of the All Japan Sports Prototype Championship, the Suzuka 1000 km as of 2006 is now a points round of the Super GT Series, and is the only race of such length in that series.

NASCAR organized the NASCAR Thunder 100, a pair of exhibition 100-lap races on the east circuit, a 1.4 miles (2.3 km) layout which utilizes the pit straight and esses, before rejoining the main circuit near the Casio triangle. The cars were Sprint Cup Series and Camping World West Series cars and the field was by invitation for the two races, run after the 1996 and 1997 seasons.

It was announced on June 21, 2010 that the east section of the Suzuka Circuit would host the Japan round of the 2011 WTCC season instead of the Okayama International Circuit. 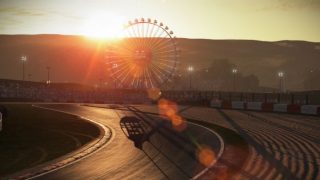