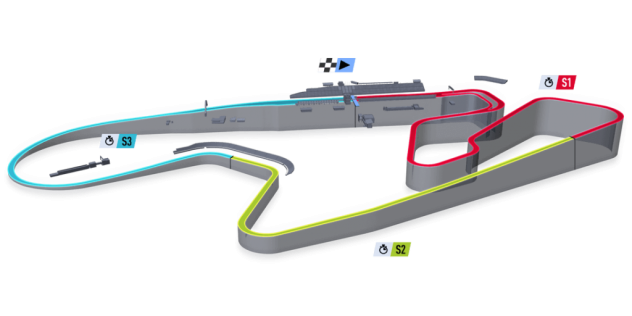 Conceived by the Yamaha Motor Company, the circuit opened for business in May 1975. From the outset, there were two circuit variations; one designed for cars and a second for motorbikes, which differed through the inclusion of a chicane on the fast sweeping final corner. The whole complex was enormous, covering some 2.1 million square meters, though its rural hillside setting meant the track itself was rather squeezed in between the landscape, with little in the way of run-off areas being available. In its first year the circuit welcomed the All-Japan Road Racing Championship, the country’s premier domestic motorbike series. Sugo has been a fixture on the championship calendar ever since. Given its ownership, in its early years Sugo was primarily used as a motorcycle venue, though there were occasional car races. In 1983, mindful of the relative lack of run-off at turn one, a new S-Bend was inserted, though this was only used for motorcycles. By the mid-’80s, car racing had increased, with the organisation of a 300km Group A touring car race in 1984, which then became part of the All-Japan Touring Car Championship the following year. The motorcycle races continued to prove popular, often seeing stars from the World Championship entered by their manufacturers, including Kenny Roberts, Eddie Lawson and a young Wayne Rainey. By 1987 it was clear that the circuit needed renovation if it was to continued to develop and Yamaha authorised significant upgrades. The lower half of the course was extensively (and expensively) modified, with a new inner loop requiring considerable earthworks. The backstretch was straightened (it had previously been a series of sweeping curves) and the circuit was widened. New pit and paddock facilities completed the upgrades. An interesting innovation was a ‘weather board’ in the pits, which gave frequent updates for teams on meteorological conditions. The new Sugo took on a considerably expanded racing calendar, with Japanese F3000 joining the fray in 1987 and the All Japan Sports Prototype Championship debuting in 1990. Sugo also came onto the world stage with the arrival of the World Superbike Championships in 1988, with the circuit becoming a fixture until 2003. Today the circuit has reverted to being a national level-only facility, though it continues to host Japan’s most important domestic series, from the All Japan Road Race Championship series for motorcycles through to Super GT, Super Formula for cars. 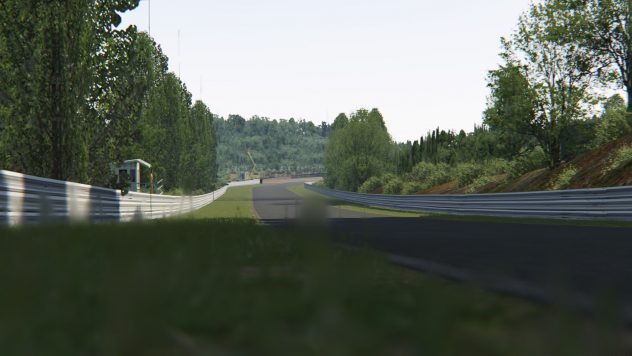