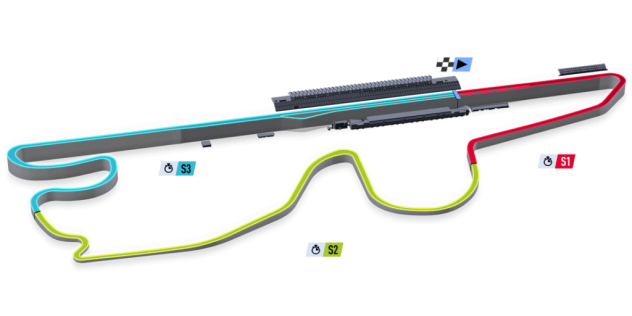 Fuji Speedway is a motorsport race track standing in the foothills of Mount Fuji, in Oyama, Suntō District, Shizuoka Prefecture, Japan. It was built in the early 1960s. In the 1980s, Fuji Speedway was used for the FIA World Sportscar Championship and national racing. Originally managed by Mitsubishi Estate Co., Fuji Speedway was acquired by Toyota Motor Corporation in 2000. The circuit hosted the Formula One Japanese Grand Prix in 2007, after an absence of 30 years, replacing the Suzuka Circuit, owned by Honda. After Fuji Speedway hosted the 2008 race, the Japanese Grand Prix returned to Suzuka for the 2009-onward races. Fuji Speedway has one of the longest straights in motorsport tracks, at 1.475 km (0.917 mi) in length. The circuit has FIA Grade 1 license.

Fuji Speedway Corporation was established in 1963, as Japan NASCAR Corporation. At first, the circuit was planned to hold NASCAR-style races in Japan. Therefore, the track was originally designed to be a 4 km (2.5 mi) high-banked superspeedway, but there was not enough money to complete the project and thus only one of the bankings was ever designed. Mitsubishi Estate Co. invested in the circuit and took over the reins of management in October 1965.

After a double fatal accident in 1974 on the Daiichi banking where drivers Hiroshi Kazato and Seiichi Suzuki were both killed in a fiery accident that injured 6 other people, a new part of track was built to counteract the problem, and the resultant 4.359 km (2.709 mi) course which also eliminated 5 other fast corners proved more successful. In 1966, the track hosted a USAC Indy Car non-championship race, won by Jackie Stewart. The track had a 24-hour race in 1967.

The speedway brought the first Formula One race to Japan at the end of the 1976 season. The race had a dramatic World Championship battle between James Hunt and Niki Lauda, and in awful rainy conditions, Hunt earned enough points to win the title. Mario Andretti won the race, with Lauda withdrawing due to the dangerous conditions.

In 1977, Gilles Villeneuve was involved in a crash that killed two spectators on the side of the track, leading to Formula One leaving the speedway. When Japan earned another race on the F1 schedule ten years later, it went to Suzuka instead. The Grand Prix returned to Fuji in 2007.

Fuji remained a popular sports car racing venue and FIA World Sportscar Championship visited the track between 1982–1988 and it was often used for national races. Speeds continued to be very high, and two chicanes were added to the track, one just past the first hairpin corner, the second at the entry to the very long, very fast final turn (300R). But even with these changes the main feature of the track remained its approximately 1.5 km (0.93 mi) long straight, one of the longest in all of motorsports.

The long pit straight has also been utilised for drag racing. NHRA exhibitions were run in 1989, and in 1993 Shirley Muldowney ran a 5.30 on the quarter-mile strip at Fuji. Local drag races are common on the circuit.

The track continues to be used for Japanese national races, but plans to host a CART event in 1991 were abandoned and it was not until the autumn of 2000 that the majority of the stocks of the track was bought by Toyota from Mitsubishi Estate, as part of its motor racing plans for the future.

On May 3, 1998 there was a multi-car crash during a parade lap before a JGTC race, caused by a pace car going at twice othe recommended speed in torrential rain. Ferrari driver Tetsuya Ota suffered serious burns over his entire body after being trapped in his car for almost 90 seconds. Porsche driver Tomohiko Sunako fractured his right leg.

In 2003 the circuit was closed down to accommodate a major reprofiling of the track, using a new design from Hermann Tilke. The track was reopened on April 10, 2005. The circuit hosted its first Formula One championship event in 29 years on September 30, 2007. In circumstances similar to Fuji’s first Grand Prix in 1976, the race was run in heavy rain and mist and the first 19 laps were run under the safety car, in a race won by Lewis Hamilton. As part of the 2003 renovations, most of the old banked section of track was demolished. Only a small section remains to this day.

Following both poor ticket sales and weather it was decided by FOM that the FIA Japanese Grand Prix would be shared between Fuji Speedway and Suzuka on alternate years with Suzuka holding the next race on Sunday, October 4, 2009. After the global recession and its own operational deficit, Toyota decided to discontinue the hosting of Japanese Grand Prix since 2010. 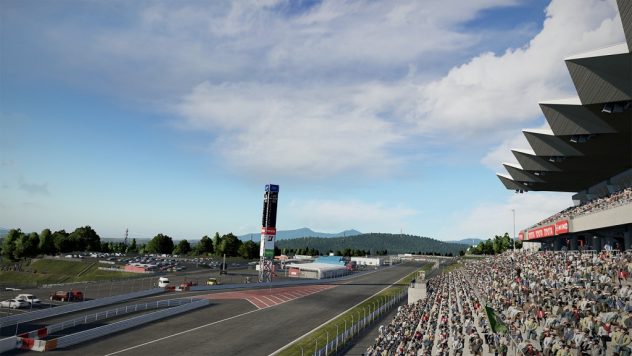